Today was a good day for me personally. I have no idea how I turned myself around, but I had a great night's sleep, ate a good breakfast and woke up ready to race hard at 8:00AM. The race organisation on the other hand hadn't fared so well. Some local psycho had decided the day before that he didn't want the race to go down *his* trail, so had pulled all the course markers. The organisers decided to re-route the course to avoid the conflict and substantially shorten the course from 85Km to 50Km. I was kind of pleased with this, but just couldn't figure out how they came up with 50Km from what I saw on the map detour.

With the course re-marking came a delay in start time, first to 8:30, then to 8:45, and then to 10:30. We didn't start until 10:40. Once again the start was neutral, as we were escorted through town by the local police. A neutral start means that everyone stays together until the lead moto pulls off. Only trouble was that the pack was going too fast and ended up splitting up. I was fortunate enough to be in the lead pack, but anyone not so lucky ended up fending for themselves through the streets of Kamloops.

This was just a taste of things to come. The course was so badly marked that even the lead moto (the race organiser who knew the route) took a wrong turn. He led the lead guys so far off course that by the time he realised it and turned around they came back on course closer to mid-pack. This error led to the race being neutralised and not count to the overall times. Probably a fair decision to call the race a wash, but the only trouble was that not everyone knew about this decision. Some folks were racing, others were taking it easy, the marshals didn't know what was going on. I could go on about the errors of the day, but I do have to go to bed, so that will have to wait for another time.

Bottom line for me - I felt good, raced hard, took some wrong turns, and eventually found my way back to the finish, but it didn't count for nought! On the bright side of things, the trails were way better today. Still triple digit temperatures, but much more tree cover and hence shade. The trails were rooty and twisty and a lot of fun, so completely different to day 1 and 2. Oh yes, and the overall distance? Closer to 70Km than the 50Km they told us. Some folks got closer to 90Km of riding in......

I'm super psyched about my adventure race tomorrow - a proposed 90Km of fun route finding. My garmin will be charged and I'm packing the cell phone.....


Garmin Stats of the day 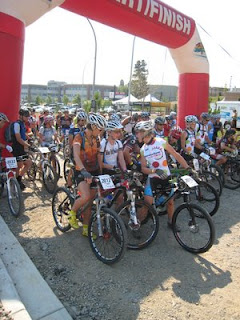 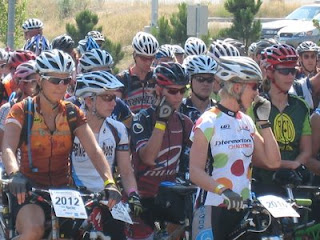 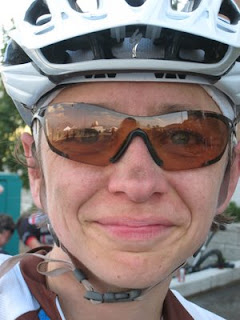 Well what a cock up, I just can't belive it.
Hang in there kid.
I do so enjoy the utube.
better luck today.
XXXX