Nationals was over a week ago now. So why so long to write the blog post? Well to be honest, I just couldn't figure out the ending....

I guess I should start at the beginning though. US Masters Cyclocross Nationals took place in Boulder Colorado. A place with 300 days of sunshine can't really be passed up in the dead of a Pacific Northwest winter. I was even willing to take my chances that the course would be dry and boring in exchange for blue skies. 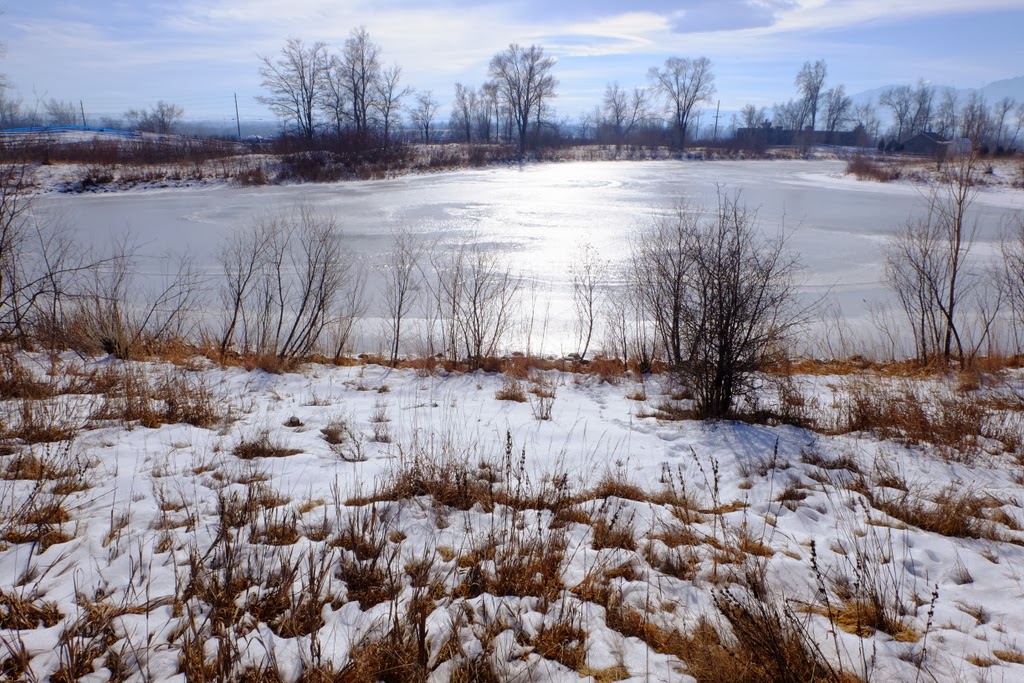 Arriving in Boulder, we went straight to the race course to check things out. 'Boring' was not going to be an issue! Everything was still white from the snow fall the weekend before. My pre-ride was going to be 'interesting'. Some fluffy stuff on the sides, but riders had created a main track of compressed ice through the course. It would have been comical if I wasn't thinking 'this is so going to be a waste of time if I crash and hurt myself before the race!' Fortunately I remembered how to ride in the snow and started to look forward to racing in it, even though I knew by the time my race came round the conditions were likely to be very different. Melting snow usually = mud-fest. I'd be happy either way.

Moving up into the 45+ age category this year I felt like my (comparative) 'youth' might actually work in my favor. But man, these old gals are a fierce bunch to compete against! 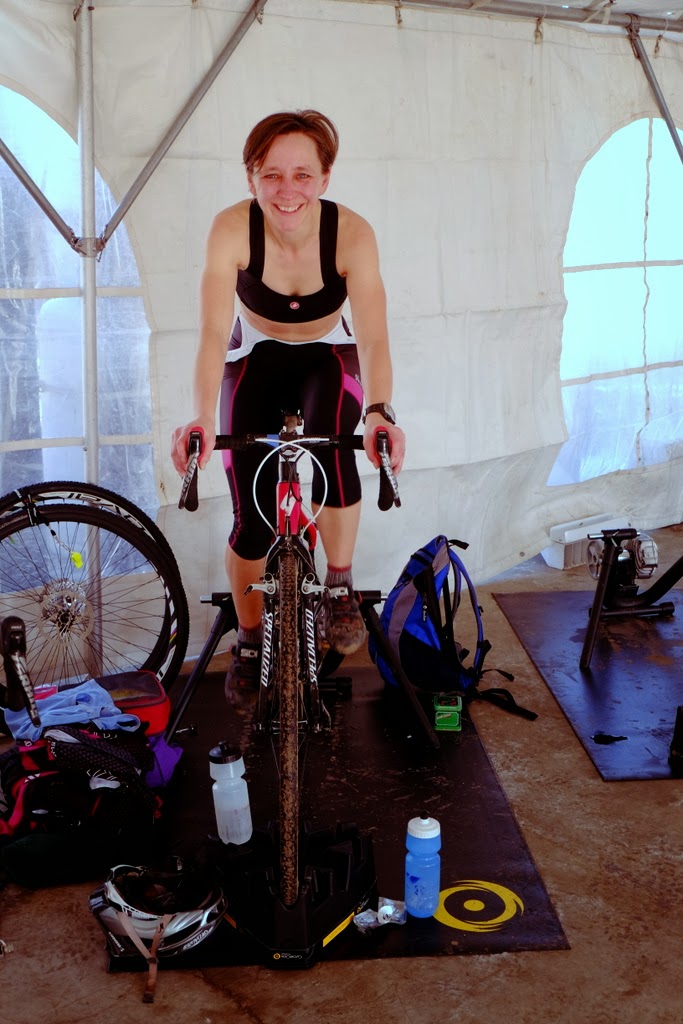 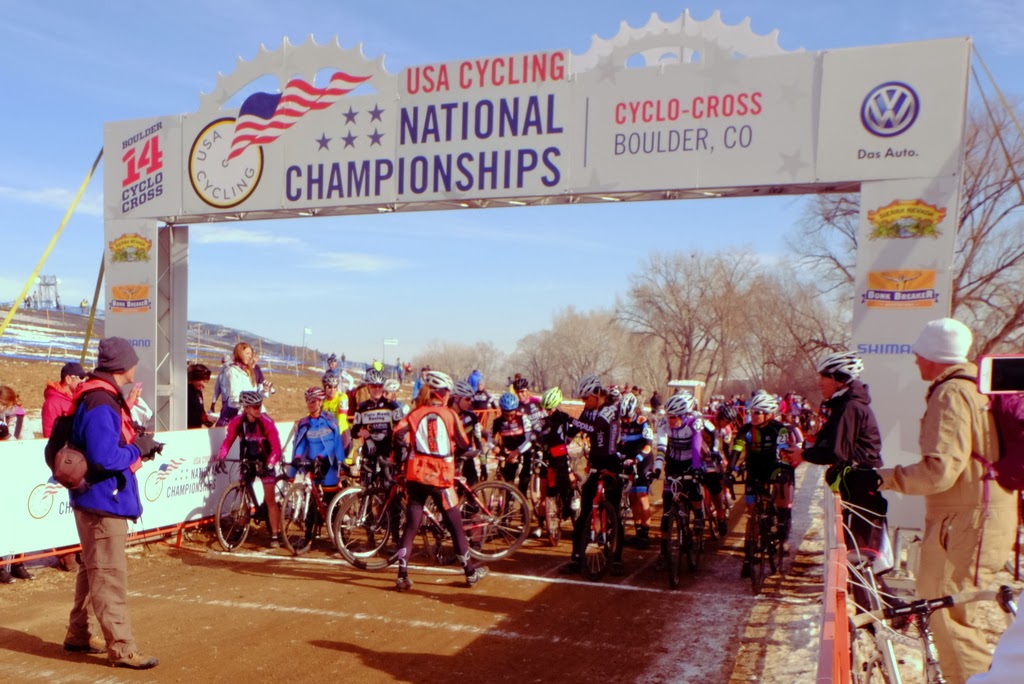 An Even Better Start

Even though I hadn't raced any 'big' races this season, my points were good enough to put me on the front row - darn, no excuses for a bad start getting caught up in congestion. I made the most of my start position and sprinted hard to slot into 4th place. Didn't last long though, as once we took the first corner and started on the first climb I soon lost a few spots. Lost a couple more on the long double stair run-up.

Now just to be clear, this set of stairs is labeled the 5280. And yes that's in feet, and translates to a mile. That's not a mile long, but a mile high. My cardiovascular system is used to sea level. At a mile high there is approximately 83% of the oxygen available at sea level. I can tell you I missed that 17% big time. It was if I had a regulator on my engine. I rev'd it up, but it just wouldn't go any faster. It was only because of spectators cheering that I kept going and didn't just take a little breather on those stairs!

After the stairs, the fun then began. As the snow had mostly melted, as predicted, a mud-fest ensued. It was everything I hoped for. The off-camber descent (on a corner) was slicker than snot and just staying upright was a challenge, especially with gals crashing in front of me. With those who couldn't ride these sections falling (literally) to one side I settled into what I thought was around top ten. After deciding that a podium was far from my reach I decided to have as clean a ride as possible a just to keep it steady. 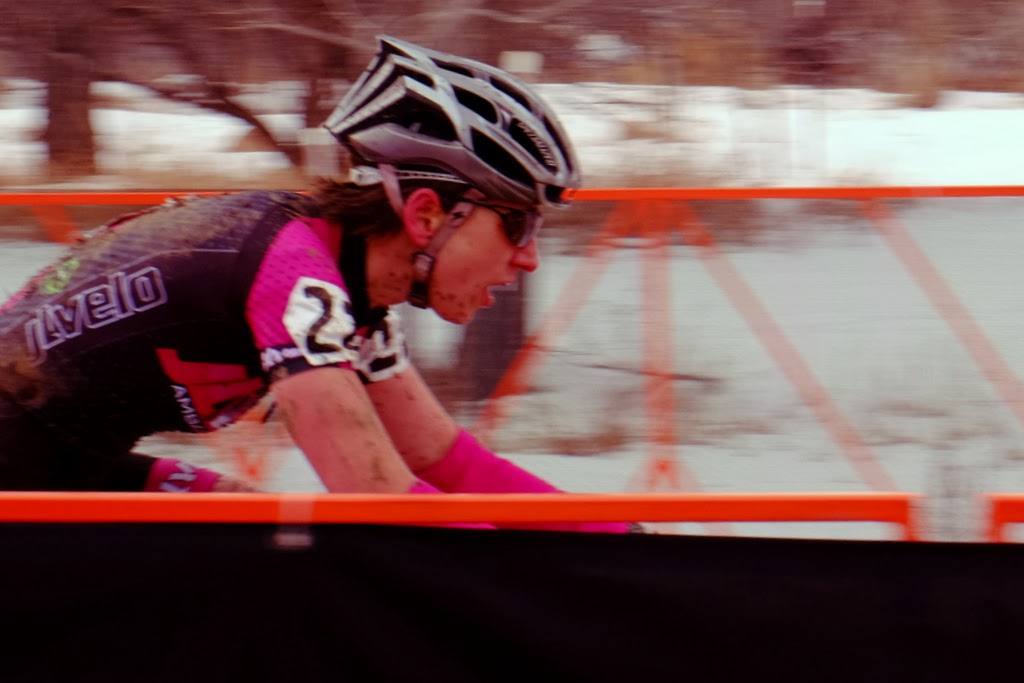 By the last lap I felt the few gals in front of me were fading so I kept my spirits up thinking I could take at least one of them by the end. I felt pretty strong coming into the finishing stretch so had a little sprint and indeed took one of them at the end. A minor victory at least, which put me in 7th place - woo hoo! 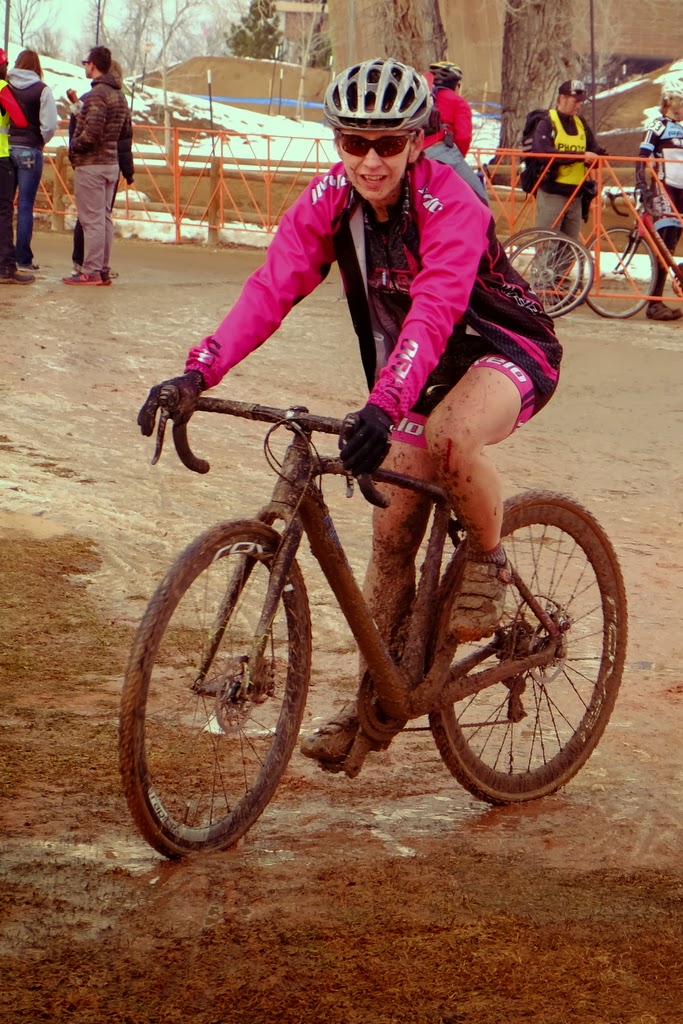 Overall, I am pleased with my performance, and I should be really happy with 7th, but only 2 spots off the podium I've got to confess I'm a little bummed that I didn't try harder to make up more spots in the last lap. Checking the lap times, my 2nd and 3rd laps were even splits and faster than my first, whereas the gals in front of me were getting slower each lap. 5th place was only 9 seconds in front of me. So now the 'what ifs' play out in my head. 'What if I'd drilled it harder in the first lap?' 'What if there had been another lap?' I was just about getting warmed up! 'What if I hadn't settled in for a top ten spot? 'What if I'd got to Boulder early to acclimatize to altitude?' 'What if I'd started training earlier? 'What if..."

And therein lies the problem with racing. The 'What ifs' aren't excuses, they are what make you want to do it again, so you can do it better. They keep you coming back for more. There is no perfect race, so you always strive for a better one next time. Not from a position perspective, but from a 'have I done everything I can' perspective.

And therein lies 'my' problem. I went into this race content with the decision that it was going to be my last. I wanted to finish this blog post by saying 'I'm done' and gracefully bow out. But then I've never been particularly graceful........

Steilacoom is usually a roadie/climbers course, so I never really look forward to it, but for some reason I typically do well here. And this week I had a secret weapon up my sleeve.......training! Yes, a whole 2 weeks of training! And man, what a difference even just a couple of weeks of focused high intensity training makes. Yes, race effort still hurts (that never changes), but being able to hold a higher output for a longer period of time really improves your positioning (well duh!) So, my best place this season - 2nd - on a course that really shouldn't suit me! Happy girl.

So with only one more race left locally, you might be asking yourself why bother training at all? Well, I have my eye on a bigger goal and I need to get serious. A short sharp training plan should get me to a peak for January when nationals are. I'm putting it out there now, so you'll all know why I'm not going to be much fun through December. Be warned, Christmas is officially postponed.......!

Unfortunately nothing interesting to say about the WA States at Arlington. All my fears from last year's race came true this year as there was no magical ingredient (rain) to make the course fun. 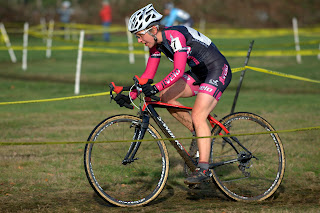 Flat as a pancake field with no creative twists and turns meant a power course without recovery. Note I even chose not to run my disc brake bike...... 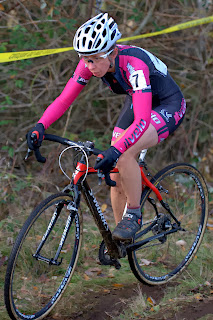 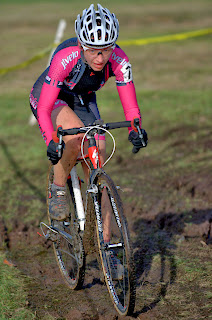 The one technical feature, a steep descent through a woody section was over way too quickly and only left one thinking 'what could have been....' 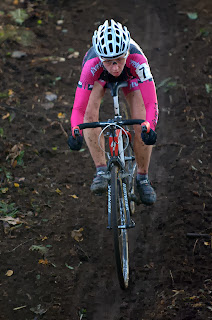 Still, after slogging through the boredom, I managed to take 5th place, and finally have a podium moment with my team mate Andi. That made everything better :) 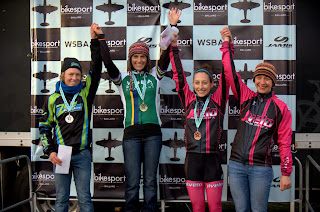